"Our emotions kid us that life is better than the sum of its unremarkable parts... Our delusions are our best defense." 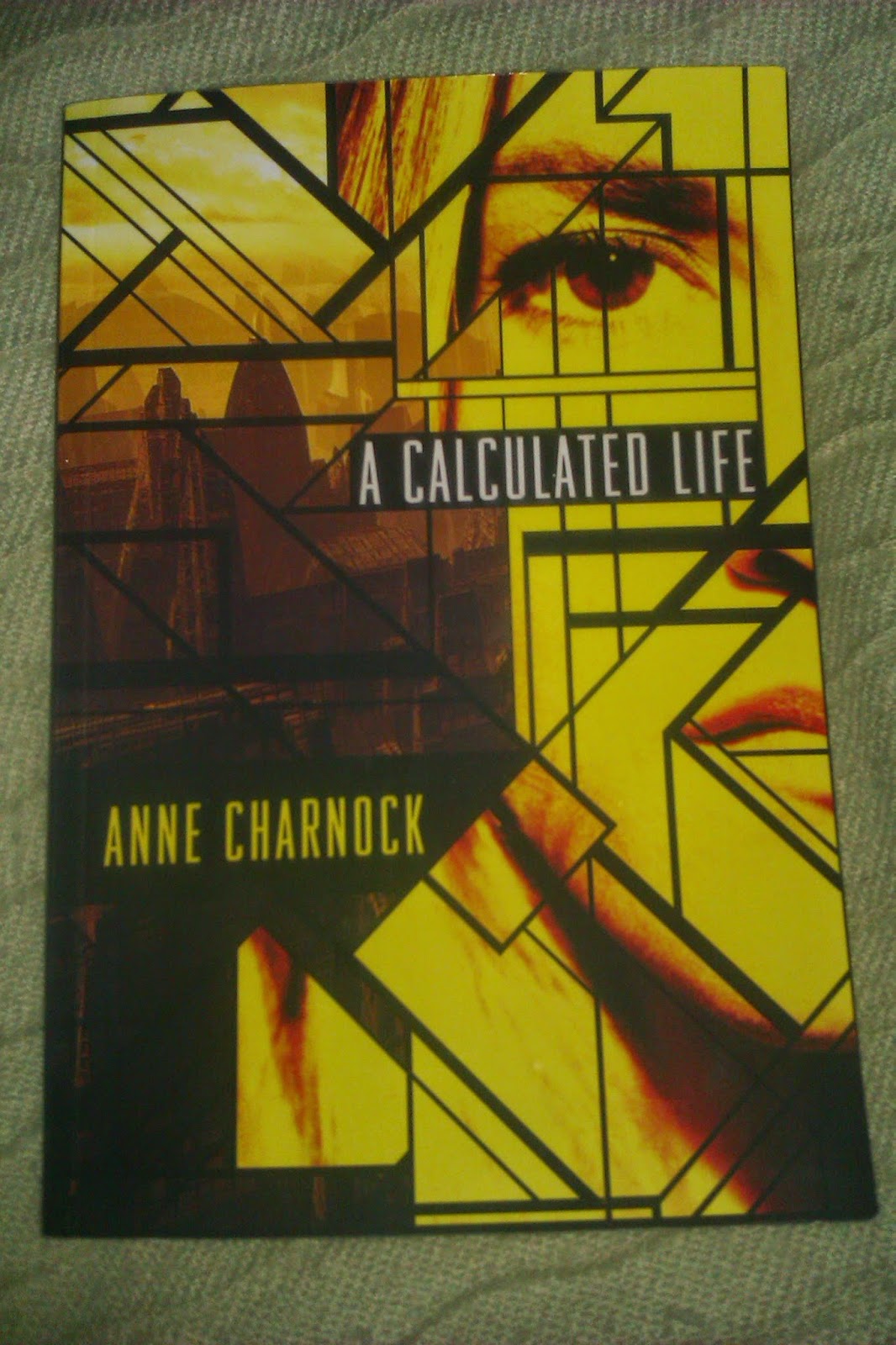 Anne Charnock's 'A Calculated Life' is a coming of age story, in which Jayna, a Simulant - a biologically and technologically enhanced human created to work for corporations, realises that her worldview and perspective are limited by her routine life, and goes in search of new experiences that open up the world to her. Much of the power of 'A Calculated Life' comes from its strong focus on character and setting, allowing the reader to fully inhabit Jayna's everyday life and the fine details of the near-future Manchester she inhabits. The book also uses its central conceit to ask pertinent questions about the interface between humanity and technology, with rare and admirable depth.
Simulants join a long line of augmented, post-humans and artificial humans in SF literature, film and TV which have been used to explore what it means to be human. However a number of things make 'A Calculated Life' stand out from previous treatments of this idea. The Simulants in Charnock's Manchester aren't used as weapons or for dangerous space mining missions, but their increased intelligence and focus makes them popular as office workers in corporations. Jayna works for a company that analyses data to predict global trends, and much of the book describes her normal routine as she works at her office job, has meals with her friends in the housing accommodation for Simulants, or visits colleagues' houses. Charnock's focus on the everyday allows us to experience first hand the texture and shades of Jayna's life, making it easy to empathise with her. It also shows how the SFnal elements of the story - the Simulants, the genetic enhancements and biological implants - fit into the normal world we recognise and understand. This makes the world of 'A Calculated Life' all the more believable.
Charnock doesn't just make sure that the Simulants work in the fabric of everyday life; she also demonstrates how they would fit in to the wider political and socio-economic environment. The advent of enhanced humans results in a recodifying of class structures. The best jobs are only available to people with biological enhancements and a clean genetic background, whilst those unable to afford implants or with genetic quirks in their family background are relegated to the underclass, only allowed the most menial jobs and never allowed to rise above a fixed pay grade, and sent out to live in the enclaves. The Simulants themselves, while guaranteed jobs and free from worries of food or accommodation, are essentially slaves, owned by the corporations that bought them. For all their incredible intellect and problem solving powers, they essentially have very little in the way of rights. They can be recalled by the company that makes and sells them for glitches such as taking a passionate interest in anything other than work, or developing personal relationships, in which case they will have their memories erased, be reconditioned and sold to a different company under a different name. For all this, their guaranteed jobs makes them a natural target of resentment.
It is as a character study of Jayna that 'A Calculated Life' is most emotionally affecting. The effect of randomness on her forecasts cause Jayna to start on a journey of self-discovery. Charnock does an excellent job of describing how Jayna's worldview expands as she interacts with more different people and experiences what life is like for others. Jayna's experience of visiting Dave's house in the enclaves teaches her far more about what life is like for the people living there than her statistics ever could. The book doesn't shy away from exploring the tragic aspects of the Simulants' condition. Jayna visits her boss's house, and her simple fascination with her colleague's family speaks volumes. Jayna has never had a childhood or a family; she has never experienced feeling loved or cared for. Most of the Simulants' glitches manifest in tragically mundane ways - an office affair, visiting a restaurant to find out what curry tastes like, singing passionately at a karaoke contest. It is the simple pleasures that the Simulants are denied; the simple things that give shape and flavour to our lives. Charnock forces us to consider how cruel it would be to deny people theses things. It's also a very nice touch that none of the Simulants' glitches are violent or destructive.
Despite its dystopian tenor and tragic ending, 'A Calculated Life' is not without hope. The defining relationship in the novel is between Janya and Dave, an unaugmented worker from the enclaves. Despite the differences between them in terms of biology and technology, they are still able to form a meaningful relationship. The book shows optimism that, despite whatever technological or biological enhancements people may have in the future, they will retain a core of humanity that will not be lost, and in a more general sense that there is a sense of common humanity we retain and share across any and all divides. 'A Calculated Life' also shows that it is possible to escape the corporate rat race, and that analytical intelligence can be intensely useful in practical situations if applied sensibly, as, (spoiler alert), Dave and Sunjin, another one of the Simulants from Jayna's accommodation, manage to escape the recallers and make a living for themselves farming. The book also retains hope that humanity can never be completely erased or suppressed, as the end hints that Jayna's mindwipe was not completely effective.
Posted by Jonathan Thornton at 14:08