"'It's all real,' I said. 'Ghosts, magic, everything.'
"'Then why doesn't everything seem different?' she asked.
"'Because it was there in front of you all the time,' I said. 'Nothing's changed, so why should you notice anything?'"

"'I never worry about the theological questions,' said Nightingale. 'They exist, they have power and they can breach the Queen's peace - that makes them a police matter.'" 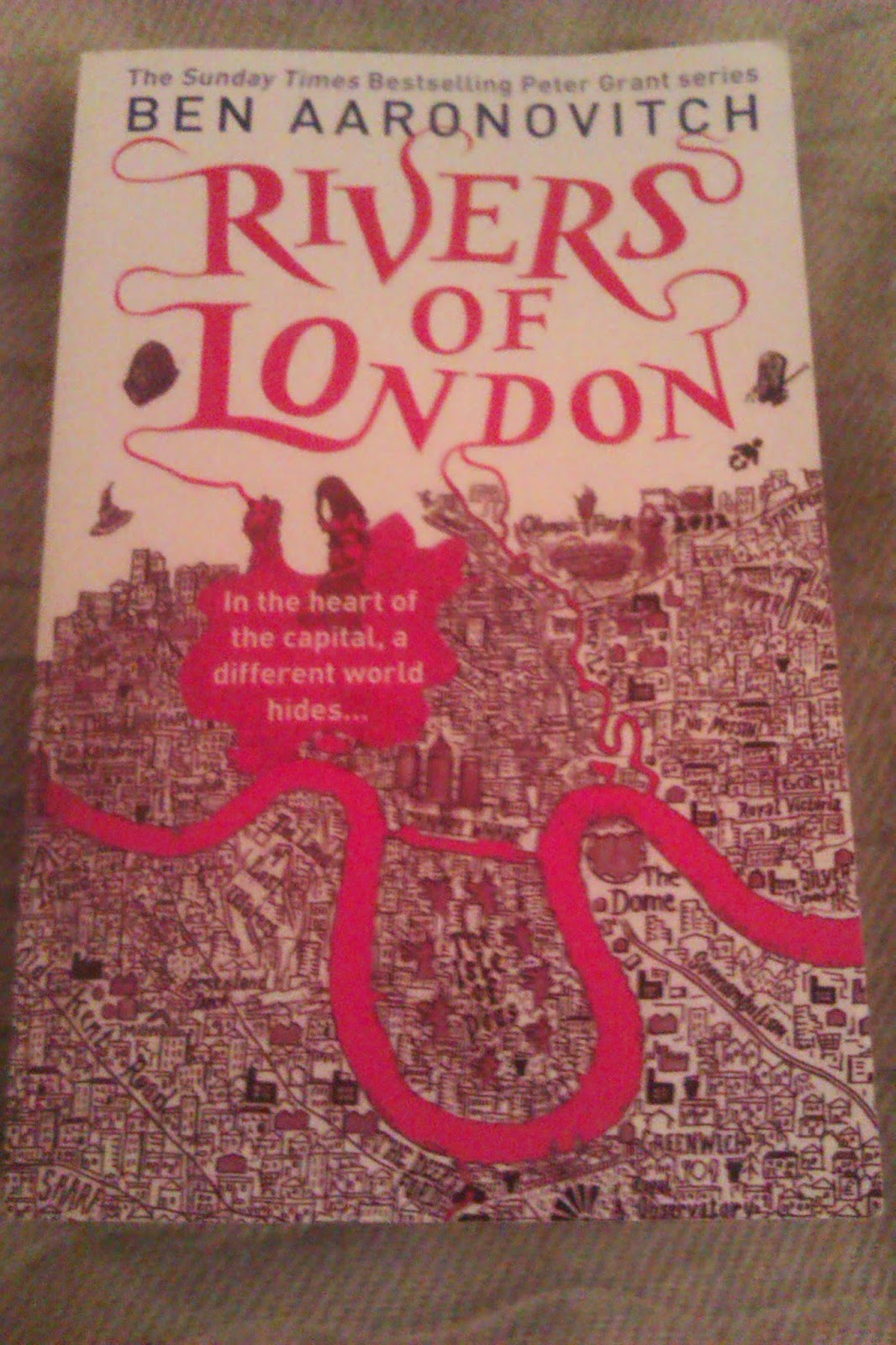 "Here we were at the beginning or end of the world and I, in my sumptuous flesh, was in myself the fruit of the tree of knowledge; knowledge had made me, I was a man-made masterpiece of skin and bone, the technological Eve in person." 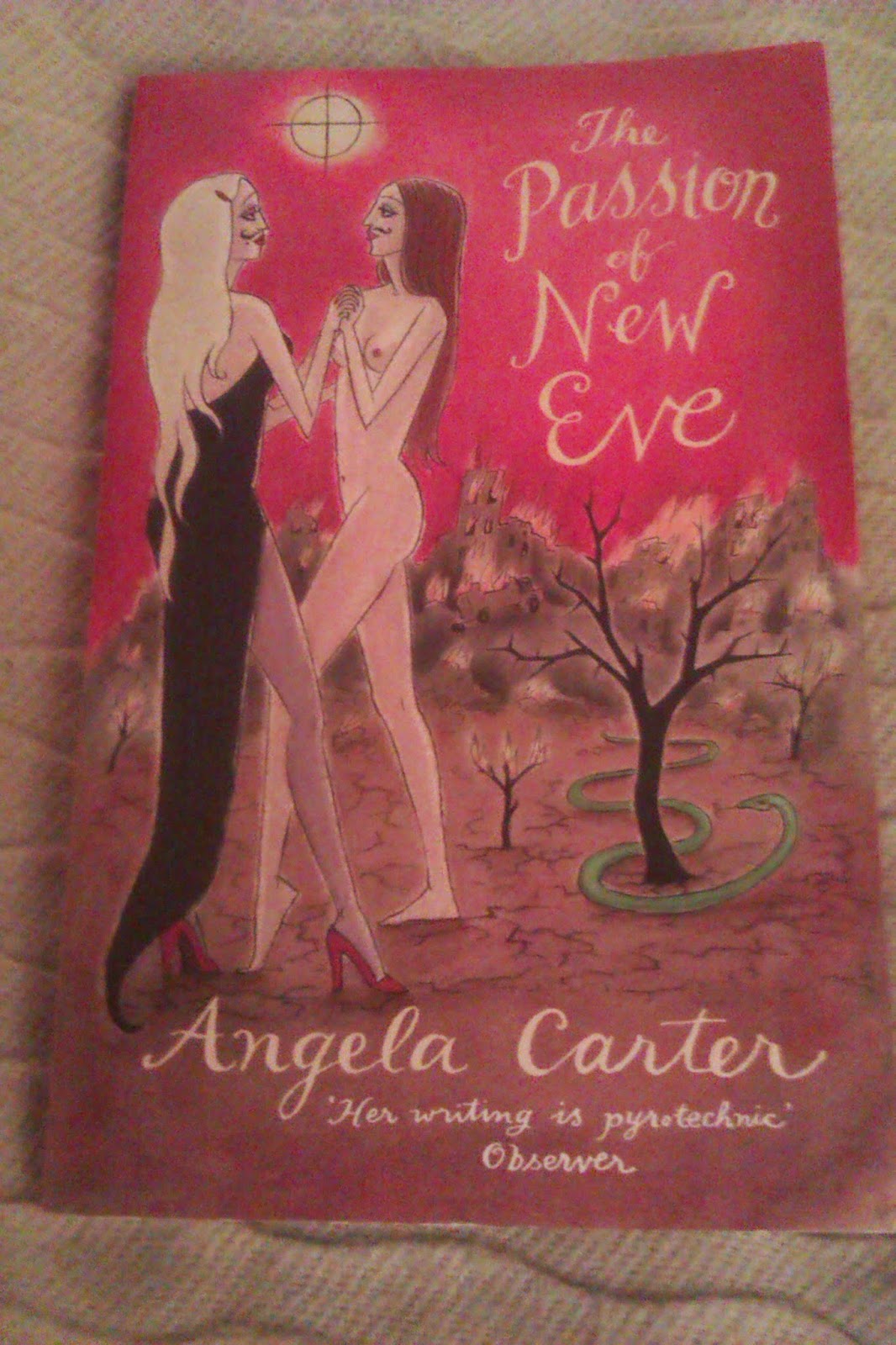 'The Passion Of New Eve' is powerful, hallucinatory and deeply angry. It tells, in language alternately mythic and grittily realistic, of Evelyn, a young man who forcibly undergoes a sex change to become Eve, and then goes on a journey of sexual discovery across a post-apocalyptic USA. Along the way it explores the mutability of gender, society's expectations of gender roles, and the horror of sexual violence. It is a harrowing and striking piece of writing, made all the more so by Angela Carter's poetic language.
I'd like to get the negative part of the review out of the way first, because, being central to the conceit of the novel, there's no way around this. The book's portrayal of transition is problematic at best. Evelyn's transition to Eve is an act of sexual violation and violence, performed on an unwilling victim. The other trans character in the book, the actress Tristessa, has lived her entire life as a woman, and the fact that she has male sexual organs is used as a shock reveal, which plays into the negative portrayal of trans people as deceptive. This is unfortunate as Carter has a lot of interesting and positive things to say about how unhelpful and arbitrary gender stereotypes and society's expectation of gender roles are, and the book does have moments where it quite sensitively explores how Eve and Tristessa live and come to terms with their sexuality as people trapped in bodies whose biological sex they don't relate to. Eve and Tristessa are both sympathetically portrayed and well-drawn characters, and I suspect in these respects the book would have been reasonably progressive in the 70's. However the book still makes the error of portraying transition as either an act of sexual violence or an act of deception, and this lets it down in a big way.
'The Passion Of New Eve' follows Evelyn, an English man who has moved to New York just as society is starting to crumble. Following an abusive relationship with Leilah, an African American stripper, which culminates in Leilah being sterilised by a botched abortion, he runs away into the desert, where he is captured by the women of Beulah, an underground city of radical feminists who surgically turn him into a woman, Eve, and plan to birth a new humanity from the ruins of the old by impregnating her with his (pronoun trouble) old seed. Eve escapes back into the desert, where she undergoes a series of degredations and experiences as she comes to terms with her new sexuality and her place in the collapsing world.
The book is unflinching in its portrayal of sexual violence against women. Evelyn's treatment of Leilah is sickening, not least because, as Evelyn himself points out, it is far from out of the ordinary. Her injury and sterilisation as the result of an abortion decided by the man have plenty of historical and real life precedent, and the characters' backgrounds give the abuse a racialised aspect, recalling the sexual abuse of African-American women by white slave owners. Eve's treatment once she becomes a woman is no less horrendous. She is captured by Zero the poet, an old man with one eye and one leg who lives in filth with his pigs and dog, and forced to become one of his eight wives. Eve and the other wives are raped multiple times by Zero and subjected to sexual humiliations and degredations. This isn't a case of rape being used as backdrop, to make the story seem more gritty, or as a cheap way of providing character depth; Carter exhaustively catalogues the ways women are subjected to sexual violence in order to show just how messed up gender relations between the sexes are. It's meant to be deeply unsettling and horrifying, especially when it's pointed out how common place this all is. The sexual violence Evelyn suffers at the hands of the women of Beulah is juxtaposed with this; although experiencing life as a woman allows Eve to achieve a sympathy and empathy with women that was previously unavailable to him, the act of violence itself is only ever portrayed as that. Evelyn may be an abusive shit, but he doesn't deserve what happens to him, and the book never suggests that he does. Evelyn's enforced transition into the new Eve is simply another act of violence in the struggle between the genders, the brutally logical outcome in a collapsing society where violence is met with violence.
The world of 'The Passion Of New Eve' alternates between being realistically delineated in stark detail, such as the grimy interior of Leilah's flat, or the stomach-churning filth and squalor of Zero's farm, and mythic, deeply symbolic lanscapes, such as the womb-like underground city of Beulah, or the system of underground caves through which Eve experiences a reverse birth at the end. The ultimate effect is intensely disorienting, as Eve journeys through vivid dreamscapes such as the rotating labyrinth full of waxwork effigies that is Tristessa's secret desert home, and has bizarre encounters with religious child soldiers. The world never quite coalesces into something that parses for reality. Like Ballard's 'The Drowned World' or Moorcock's 'The Shores Of Death', the warped and ravaged apocalyptic landscapes exist as much to reflect the inner world of the protagonist. Like Moorcock, Carter is adept at adapting psychedelic, symbolic and frequently thoroughly Freudian imagery and working it into a fantastical or SFnal context. As well as Adam and Eve, Tiresias is frequently evoked, as well as the Amazons and the Cybele. This aligns 'The Passion Of New Eve' both with the more inventive end of the pulp spectrum and with the myths and legends from which pulp frequently draws.
Posted by New Puritan at 12:34 No comments:

"Brains and guts, the insides of a man. We always talk about trying to get inside a writer to understand his work better. But when you get right down to it, there's not much to find in there - at least not much that's different from what you'd find in anyone else." 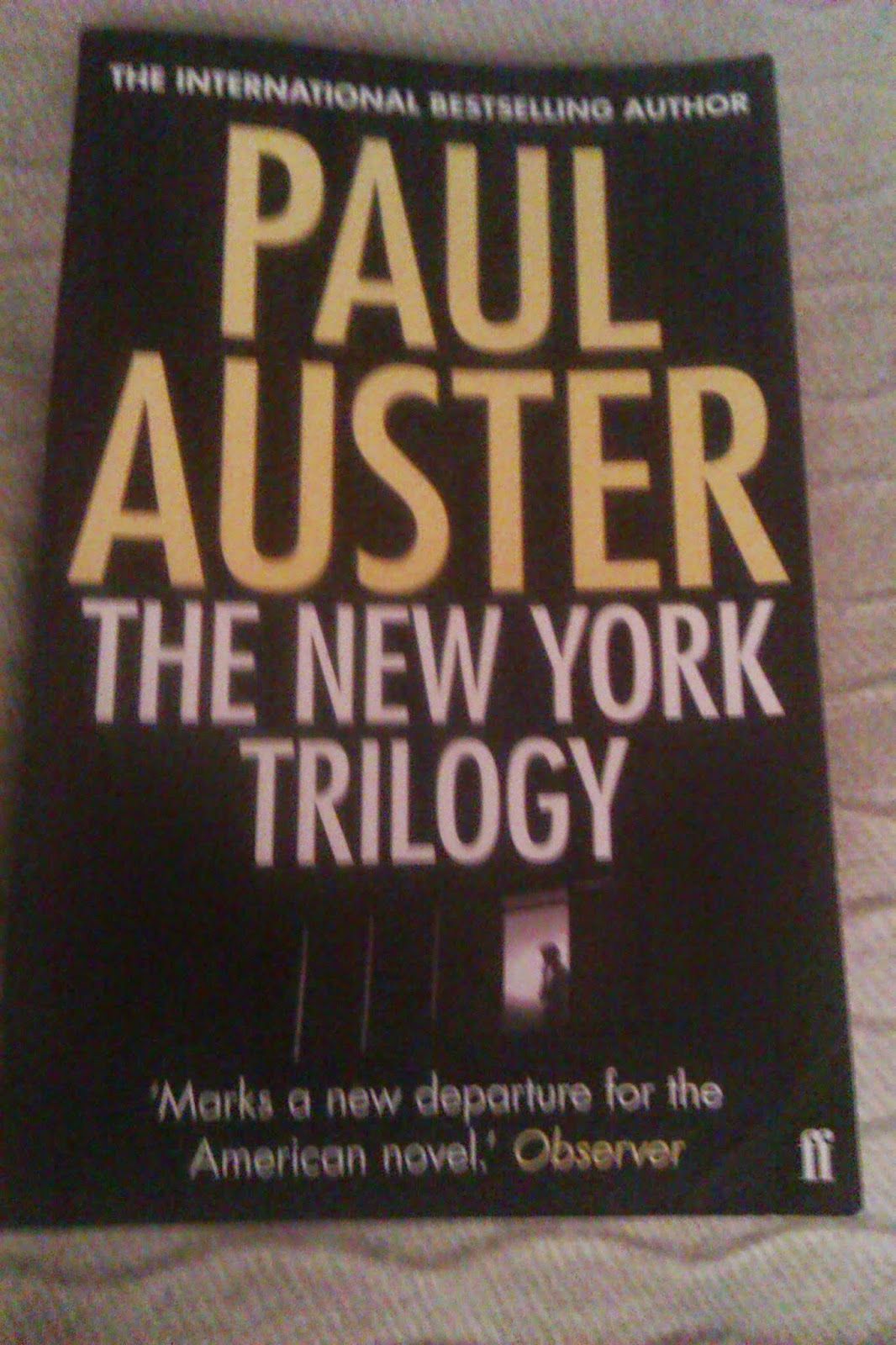