"Why is it that women are always the ones being dragged off? Why aren't they the ones doing the clubbing and biting?" 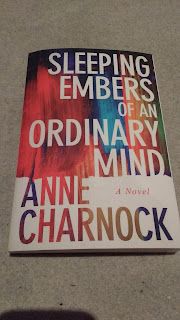