"'It suits you, Kerans, you look like the man from inner space.' The rictus of a laugh twisted his face. 'But don't try to reach the Unconscious, Kerans; remember it isn't equipped to go down that far!'" 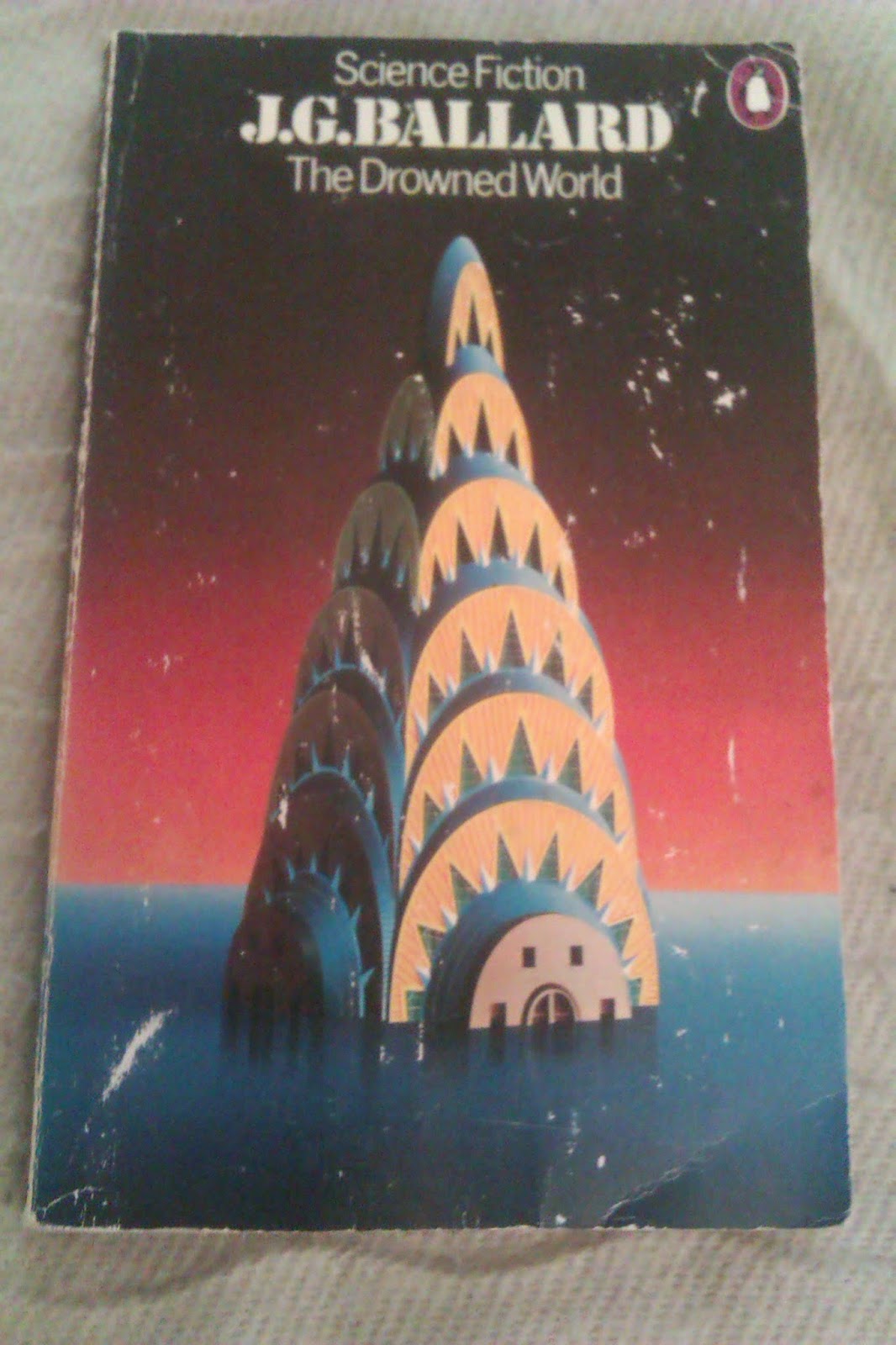 Ballard's 'The Drowned World' is revolutionary because it takes what has always been the underlying theme in British post-war apocalyptic fiction - that the apocalypse comes from within us as a reaction to outside events, rather than being forced upon us by the events themselves - and vividly foregrounds it. This theme had been present in the 'cosy catastrophes' of John Wyndham, where the down to earth, practical British protagonists calmly take stock of their new situations and immediately adapt, through to the more brutal scenario in John Christopher's 'The Death Of Grass', in which the protagonist is forced incrementally to adopt a violent new morality to protect his wife and children, culminating in the murder of his brother. 'The Drowned World' certainly derives from this fictional traditional, and its vivid descriptive passages and crisp prose consciously echo these books. But what 'The Drowned World' does differently is to explicitly connect the post-apocalyptic landscape to its protagonist's psyche, the outer world the characters walk through reflecting their inner mind state. 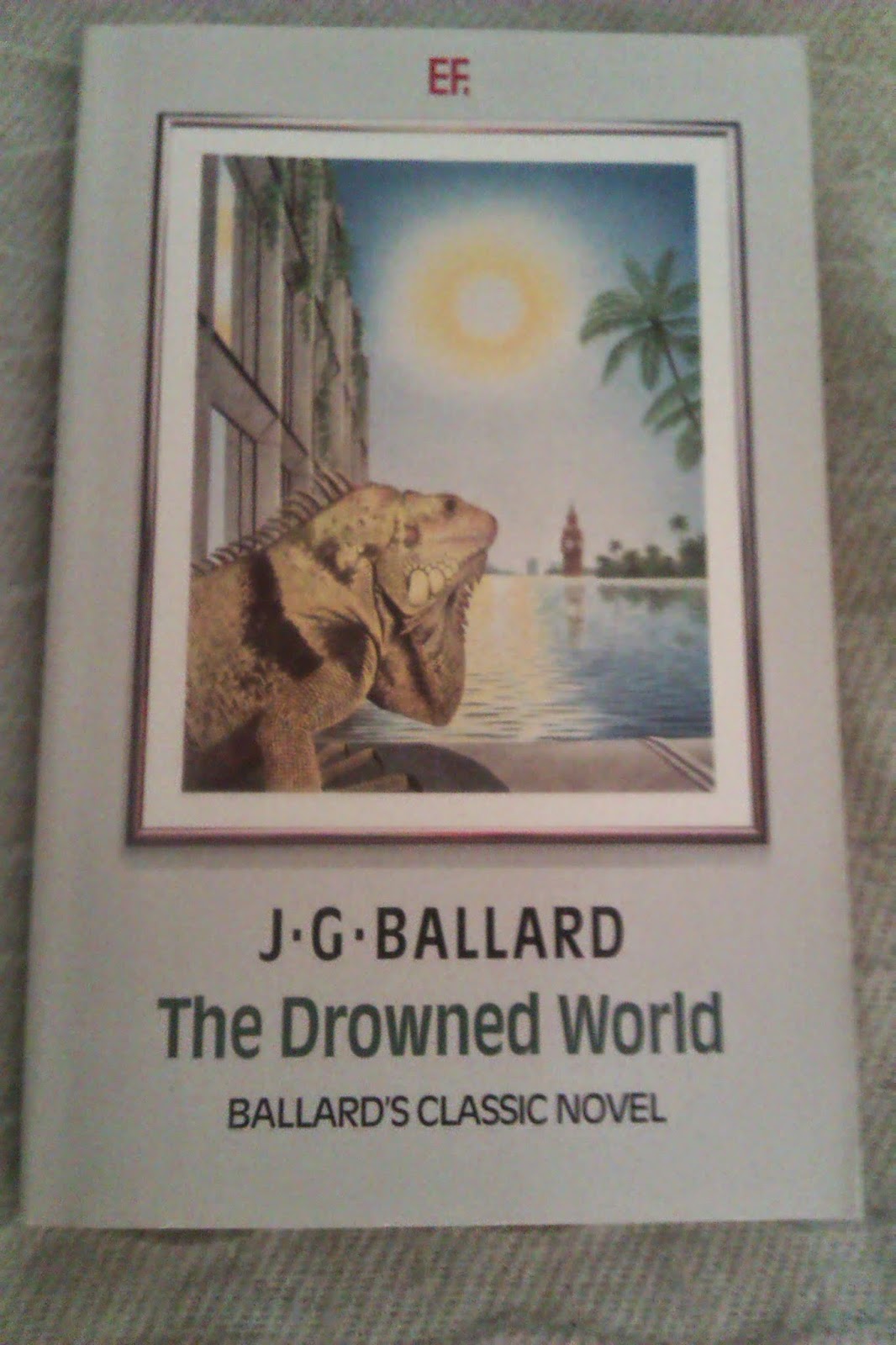 Ballard's early apocalyptic fiction is thus as much an exercise in exploring different extremities of human mentality as much as coming up with imaginative ways of destroying the world. In 'The Drowned World', the rising sea levels have left the cities submerged, creating a warm, swampy world reminiscent of the early Triassic. Correspondingly, the characters experience a series of regressions, whether down the spinal lumbar to an earlier, lizard evolutionary intelligence, as reflected in the tops of buildings sticking out of the water like a back bone, or a regression into the womb, as experienced by Kerans when he goes diving in London's old planetarium. As Kerans sinks further into a fugue, the modern part of his brain becomes submerged, like the old cities beneath the swamps. In this way, Ballard uses the world the book is set in to map and amplify the internal mental state of the characters.
Later in his fiction, by the time of 'Crash' and 'High Rise', Ballard would focus on characters whose mentality allows them to live perfectly happily in their dystopian settings. It's interesting to note that this idea was present almost from the beginning in his work. 'The Drowned World', like any post-apocalypse novel, has a frightening setting, but Kerans' character arc is to shed any last remaining vestiges of previous civilisation, to submit to the calling of the dreams that plague everyone in the lagoon, and to make his way to the uninhabitable south, happy and at home in this hostile environment. Colonel Riggs, with his desire to continue a life of meaning, order and productivity, and even the pirate Strangman, who drains the lagoon to loot the ancient city underneath, are ultimately making the incorrect response to this environment by trying to force their respective visions over the top of it rather than just accepting it. 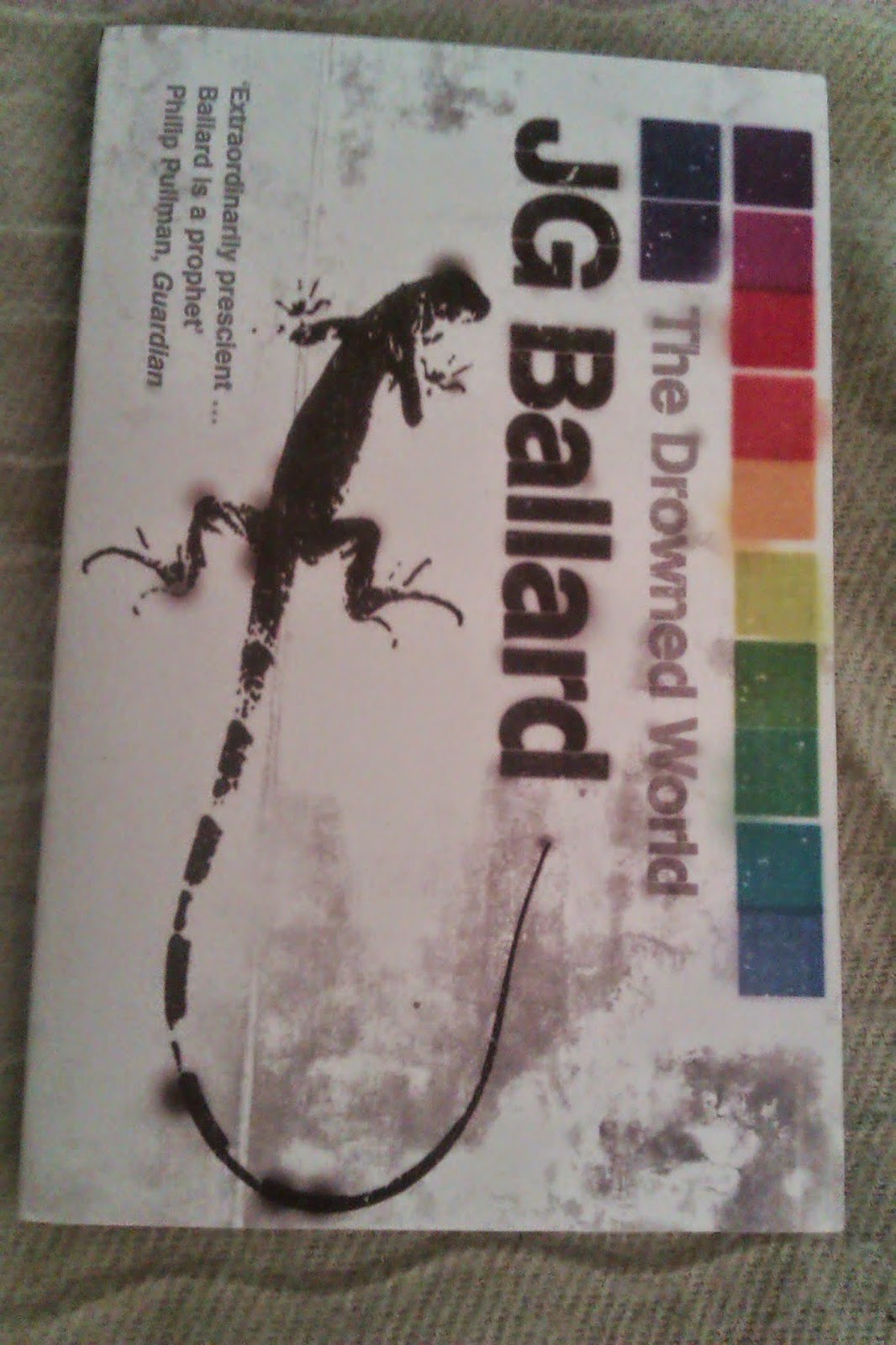 Ballard's writing is spare and precise, yet tremendously evocative. The thick, oppressive heat and humidity permeates the book's atmosphere, and his description of London submerged under a tropical marsh is almost psychedelic in its intensity. This is appropriate enough considering the book's fascination with the subconscious and dreams. Kerans' journey back through evolutionary time is reflected again in his journey from consciousness down to subconsciousness. Events unfold feverishly, with the narrative getting more bizarre as the book progresses, adding a touch of haze and unreality to the proceedings, as we are left to unpick what happens inside and out of Kerans' own head. As the book continues Kerans becomes more and more under the control of his own instincts as much as anything else; Colonel Riggs and Strangman are men full of agency who get things done, both would have made fine protagonists of an earlier strain of British apocalyptic fiction, whereas Kerans is happy to sit back and let others take charge, his own agency only kicking into action with the strong, primal urge he has to return to the equator. Really his objection to Colonel Riggs' and Strangman's two very different aims is the same; they both get in the way of him making this journey.
The business of SF writers is not to predict the future; it is to write about the future in a way that reflects something resonant within their present. Ballard was certainly aware with this. As the extent of the damage caused by climate change becomes increasingly apparent, the vistas of sunken cities in 'The Drowned World' becomes more and more eerily prescient. Yet in the book itself, Ballard could not be concerned less with the actual causes behind his apocalypse. The thing that interests him is the psychology of people and how they fare under extreme conditions and mindsets. Ballard's great theme, that technology or the apocalypse don't aggravate anything that isn't already within us, proves more salient with each passing day. It is Ballard's understanding of the human mind under strain as much as his prophetic vision that makes 'The Drowned World' so resonant all these years on.
Posted by Jonathan Thornton at 13:21