"Every great empire has a mountain of corpses underneath it as a foundation. The Romans, the Chinese - even the Americans wiped out millions of Indians and enslaved the African natives. No one remembers those who were sacrificed. Its like our earthquakes that wipe away the glories of the past. We've used the atomic torpedo on the Americans three times and they were all launched on the same day. There's still fierce debate about whether it was even necessary. The Americans were ready to surrender." 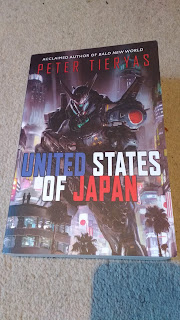 Posted by Jonathan Thornton at 12:47